I am writing to alert you to a new form of landlord fraud. It's based upon the old "millionaire from Africa" scam that's been going around the internet for years now. We were the target of this scam recently, although fortunately, my husband and I are fairly internet savvy and spotted it before we were taken in.

Here's what happened. We listed one of our apartments online. I received an email from a person who told me that he was in the UK with his mother who had been in a car accident. He was supposedly moving back to my area and wanted pictures of our apartment. I sent them; he said he wanted the apartment and that his company would be picking up the tab for his living expenses. I asked for references, but he only gave email addresses, which immediately struck me as suspicious, but we waited to see what would happen.

Eventually, some money orders arrived, each one $925, six in total. Our "prospective tenant" informed me of a "terrible mistake" in which his company had sent all of his money to us. He "urgently" needed his travel money so that he could get to the USA and to the apartment.

At that point, we knew what we were dealing with. My husband called the supposed bank that the money orders were drawn on and found they had been used and cashed in two previous scams and were, indeed, counterfeit. I should note that the security features were not in place, so it wasn't too difficult to figure out they were not legit... but apparently two other people before us didn't realize this...

Anyway, I am now trying to get some law enforcement agency to take up this case, but nobody is willing. The FBI is "too busy" and told us just to burn them. Our local Police were the very best of anyone and filed a report for us. They also said the FBI always tells them they’re too busy for this kind of thing. I have a message sent to Scotland Yard's Fraud Department since at least one party in this scam is in the UK. Maybe they will be able to do something there.

In any case, I want to make others aware of this. My mother or even my grandparents would have been easy prey for this scam and I'm sure many others would as well. It's hard for decent citizens to think that some stranger out there would do something like this and even harder to think they would get away with it, but it's the sad truth.

Please let me know if there is a specific process I should follow to formally file this information. Also, any other suggestions on how to nab these bad guys would be deeply appreciated. I am preparing to talk to the local media and hopefully at least alert others in my area so less people will be taken advantage of in the future.

Thank you so much for your wonderfully informative page! 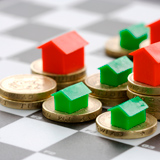 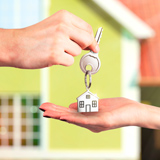